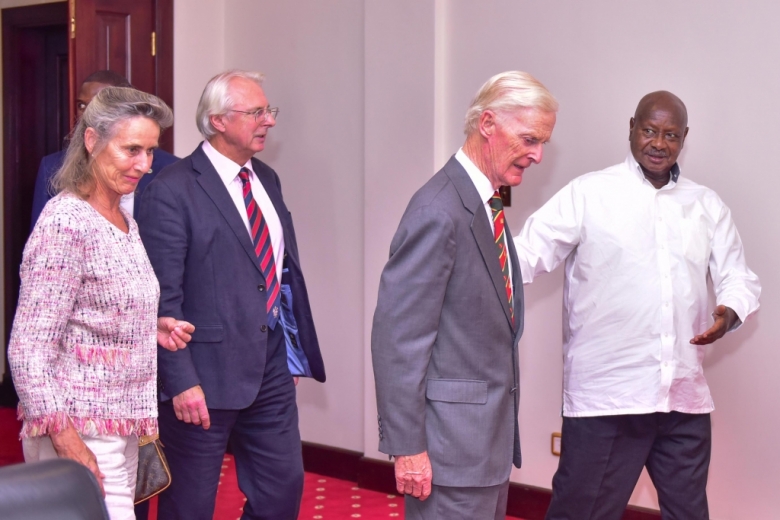 President Yoweri Museveni has said that malaria fever, which causes 7% of deaths in Uganda annually, should be kicked off the list of death traps in the country.

“Though 40% of Ugandans die of Non-Communicable Diseases (NCD), diseases for being rich, 7% die of malaria fever which should be kicked off the list of death traps,”he said.

The President said the Government has set up a multi-sector approach to kick out malaria infection in the country using a biological agent that would kill the mosquito larvae by spraying, distribution of treated mosquito nets and manufacturing a special paint to kill mosquitoes.

Mr. Museveni was speaking in a joint consultative meeting with the visiting United Kingdom Parliamentary Group on Prevention of Malaria, led by Lord Alexander Trees, the Uganda Parliamentary Committee on Malaria, led by Hon. Moses Balyeku, MP for Jinja Municipality West, along with officials from the Ministry of Health.

President Museveni commended the Uganda Parliamentary Committee on Malaria Control for creating a pressure group towards the fight and control of malaria in the country.

The President emphasized that the NRM Government's concern is to concentrate on prevention of malaria with the available resources along with environmentally friendly means of not applying insecticides, like DDT, drawing from the experimented success stories in the fight against malaria in Malaysia and Zambia.