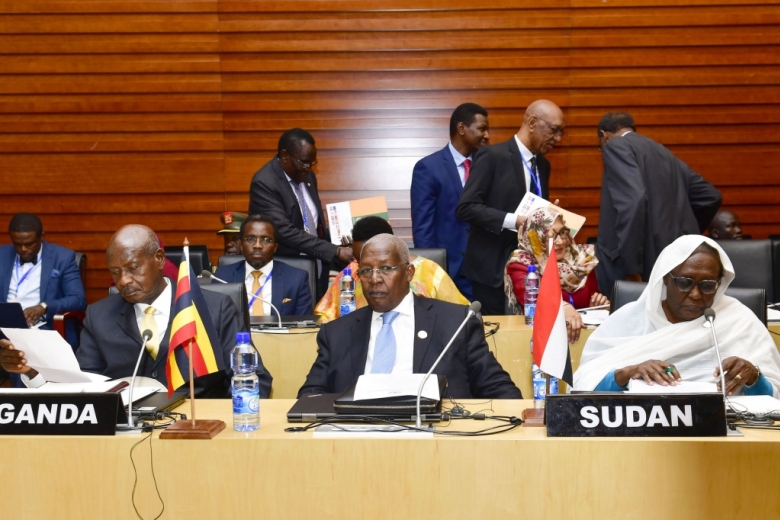 President Yoweri Kaguta Museveni has attended the 34th Extra-ordinary summit of the assembly of IGAD Heads of State and government that took place at the sidelines of this year’s annual African Union Summit at the AU headquarters in Addis Ababa, Ethiopia.

It is understood that on the agenda of the closed-door meeting were; the two critical outstanding pre-transitional tasks in the South Sudan peace process related to the number of states and their boundaries and transitional security arrangements.

And: the assessment of national and collective regional responses to the locust invasion and the leveraging of international political and financial support to address the emergency.

The regional body is concerned about the speed and scale with which the locust invasion is affecting IGAD Member States and the adverse impact it has on food security in the region.

Shortly before the meeting was closed to the media, the Chairperson of IGAD who is the President of the Republic of Djibouti, H.E. Ismail Omar Guelleh, welcomed IGAD member states and commended them for their remarkable efforts of ensuring peace and security in South Sudan.

He said some of the issues related to boundaries in South Sudan need to be addressed and resolved before the formation of a transitional Government due on 21st February 2020.

“As we are approaching the 100 days extension due on 21st February 2020, we urge all warring parties in South Sudan to resolve all the outstanding issues and pave way for the everlasting peace,” H.E. Ismail Omar Guelleh said.

The African Union (AU) Commissioner for Peace and Security, Amb. Smaїl Chergui commended President Yoweri Museveni for his peace efforts in South Sudan. He urged all parties in South Sudan to respect the extension of 21st February and form a unity government.

The meeting was attended by Presidents’ Yoweri Kaguta Museveni of Uganda; Salva Kiir of South Sudan; Mohamed Abdullahi Farmajo of Somalia; Ismail Omar Guelleh of Djibouti and representatives from Sudan, Kenya, Ethiopia and Eritrea among others.

The Intergovernmental Authority on Development (IGAD) is an eight-country trade bloc in Eastern Africa. The member States of IGAD are: Djibouti, Ethiopia, Eritrea, Kenya, Somalia, Sudan, South Sudan and Uganda.