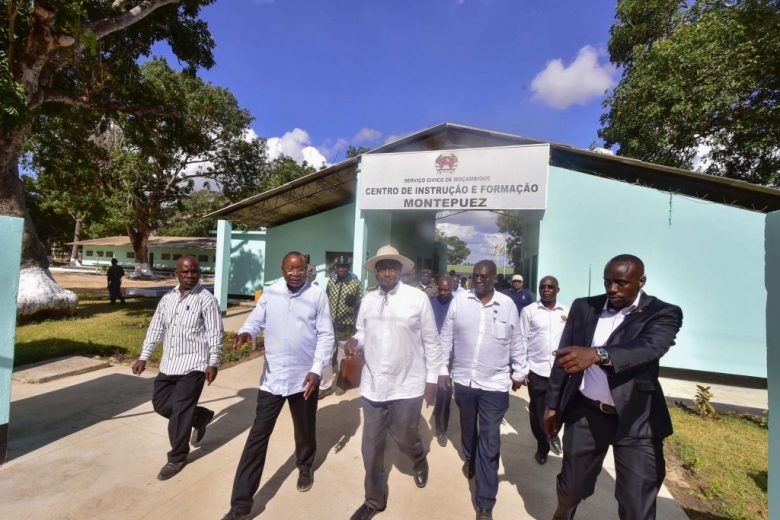 It was nostalgic visiting the town of Montepuez in the province of Cabo Delgado, northern Mozambique and specifically touring the military barracks where 28 of our original FRONASA fighters got their initial training.

Whereas FRELIMO through Mwalimu Julius Nyerere had been helping us since 1971, it was in 1976, after Mozambique had become independent, that Samora Machel offered us Montepuez to train our fighters.

This group of 28 turned out to be more useful than the others who we had been trying to train since 1971. They formed the nucleus of our army. By the time Amin fell in April 1979, this group had trained 9,000 fighters. It was a big nucleus for the future.

Although politics of Uganda did not stabilize immediately, this nucleus made us autonomous in military affairs. Thereafter we could do things by ourselves.

So when you hear that the UPDF is in Somalia, Central Africa Republic and doing a good job, the credit goes to this nucleus whose story began here in Montepuez.

It is for this reason that I asked President Jacinto Nyusi, who had invited me to Mozambique for a state visit, to allow me come to Montepuez and thank its people. I am glad to have found the veterans still here; those who helped us while we trained here. I have seen our instructors, driver, radio signaller and even our cook.

I therefore thank the government of Mozambique and the FRELIMO party for helping us. I also express solidarity with people of Montepuez. I have discussed with President Nyusi and he has granted us permission to build a technical school here to celebrate the brotherhood of the people of Uganda and Mozambique.

Whereas I was glad to find many FRELIMO veterans in Montepuez, my group of 28 that trained here has only four survivors; Gen Salim Saleh, Lt Gen Ivan Koreta, Col Bosco Omure and myself.

Most of those who died, did not do so because of war. It was largely because of their lifestyles. I urge the young soldiers here to avoid reckless lifestyles.

My three colleagues have decided to work closely with the veterans of Montepuez. They have agreed to set up a large-scale poultry project that will be integrated with crop growing.

To kickstart this venture, we are offering $26,000 which I have passed on to the Minister of Defence. The veterans will access this money once they are organized and ready.

Having showed the world how to defeat the Portuguese colonial masters, the veterans must also show our people how to get out of poverty. Veterans must be the example to peasants.

I thank the Ministry of Defence for resolving to preserve the Montepuez barracks as a museum in my memory. I also thank the people of Montepuez for the numerous gifts they have given to me and my entourage.

The visit to Montepuez marks the conclusion of my three-day state visit to Mozambique. I thank President Nyusi for extending the invitation. It has been an exciting three days. I thank the Mozambicans for maintaining the generosity and hospitality they showed us over 40 years ago.