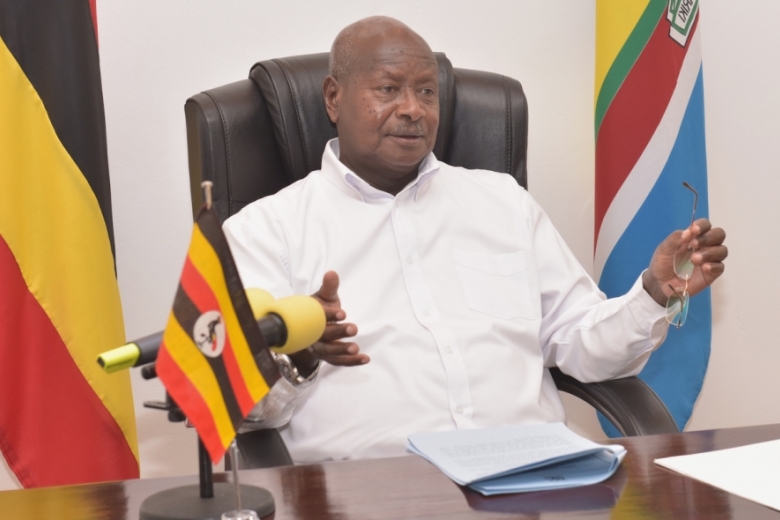 President Yoweri Museveni has dedicated the new year of 2017 as a period when the government will launch massive industrialisation of the country focusing on import substitution and export promotion.

In his new year message to the nation that he gave today at his country home in Rwakitura, Nyabushozi county in Kiruhuura district, the President said that the country’s economy has for long suffered due to importing more than we export to other countries and the resultant negative balance of trade. He said that it was high time the country embarked on mass industrialisation to produce for the local market and for export.

President Museveni, therefore, said that his government is to embark on mass industrialisation, noting that “industrialisation is an instrument of liberation and a means of achieving prosperity.”

Mr. Museveni further said that his government has worked and put in place the necessary pillars to industrialisation that include sufficient electricity, better roads, and an educated work force, the building of the ICT backbone and undersea cable adding that the country is fast tracking the construction of the standard gauge railway to ease and fasten transport to the sea. He observed that this was the right time for the country to industrialize.

The President, however, said that as the country goes for mass industrialisation, everybody especially the civil servants, must do their part and do it right without delays in decision-making and free of corruption.

On agriculture, the President said that the challenge is having the majority of the population engaged in subsistence production as opposed to commercial profit oriented agriculture. He, however, said that through Operation Wealth Creation (OPW), there will be a shift in this trend and that emphasis will be put on commercial crops such as coffee, tea, fruits and cocoa. He also added that seedlings should be given to all homesteads of more than 2 acres of land.

Turning to water for production, the President said that the government will expand several irrigation schemes in the country; construct over 100 water schemes across Uganda that have been budgeted for in the 2017-2018 financial year. He further said that irrigation schemes will be started around the Rwenzori, Elgon and Agoro hills using the gravity flow system while in the low lands farmers are encouraged to use solar pumps to irrigate and mitigate the danger posed by erratic pattern of rains.

On oil and gas, the President said that in the last 6 months, the country issued 8 production licenses. He promised that the country is on schedule to embark on commercial oil production. He also said that he had instructed for a biometric registration of all small and large-scale mining companies in the sector of mineral development. He directed the concerned Ministry to ensure that there is harmonious working relationship between the two.

Mr. Museveni announced that government has finalised plans to re-establish the national carrier (Uganda Airlines) to stop the donation of resources by Ugandans travelling abroad and ease air transport to and from Uganda.