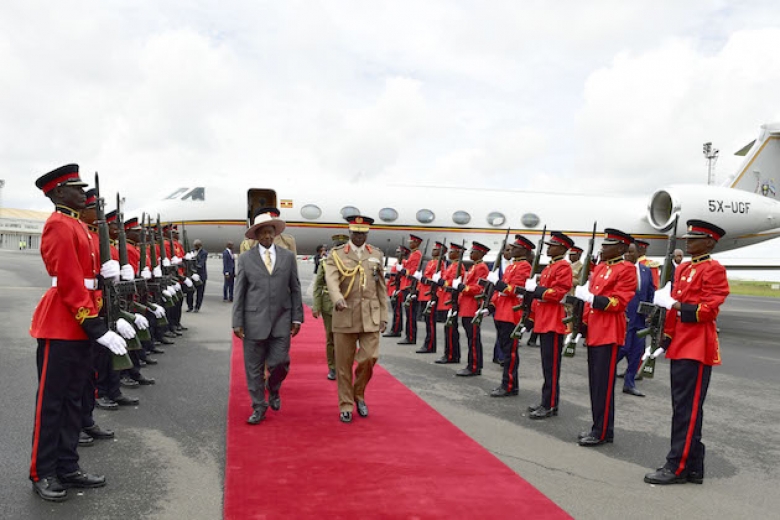 For development to happen across the world, there must be fair global trade, President Museveni has said.

The President made the case for global prosperity  as he addressed the 9th Africa, Caribbean and Pacific (ACP) Group of States Summit in Nairobi, Kenya.

The two-day summit at the Kenyatta International Conference Centre, attended by several heads of state from the 79-member state group, is running under the theme, "A Transformed ACP: Committed to Multilateralism".

Addressing the audience, President Museveni said, "The challenge in the globe in last 300 years has been unbalanced development. Since the Industrial Revolution in Europe, we have had development in some corners of the globe and underdevelopment in others."

Whereas the discrepancy was being sorted with some third world countries like India getting out of poverty, the President noted, it was important that the push encompassed all countries.

"The expectation is that the whole world should get out of under-development and we work for global prosperity. It should be prosperity for all of us instead of having a small number of people who are prosperous and the majority who are in underdevelopment," said the President.

He told the attentive audience that one of the tools to ensure this prosperity happens is to enforce fair trade.

"When we trade together, we stimulate growth in our respective countries. However in order to trade, we must have the basics. We must resolve the issues of infrastructure, cost of production, cost of money and the human resource," he added.

The challenge for organisations like the ACP, the President observed, was to therefore create enablers of trade.

Citing Uganda's case, the President said the country has a lot of potential, given that just 32 percent of its population was in the money economy.

"They have not maximised their potential and I know this is the case with most African countries," he said. "We are therefore working to better this through commercial agriculture, building industries, supporting the services sector and tapping into ICT opportunities."

President Museveni said once this was done, production would be massive, noting that Uganda was already experiencing over-supply of maize, milk, sugarcane and bananas.

"The internal market market is not enough, even the East African Market is not enough. Therefore, it is imperative that we about talk global trade. The ACP is right by emphasising multilateralism. It will cause prosperity in whole world," he said.

A CASE FOR LINKAGE

Commenting about the subjects of the summit's discussion; governance, social-economic transformation and climate change; the President said they should be discussed as a whole.

"These topics are linked because if you don't encourage social-economic transformation of society, you cannot sustainably deal with issues of governance," guided the President.

On climate change, the President observed that Uganda had recently suffered the wrath of the weather, with landslides and floods killing several people.

" This is partly because people go to wetlands for land for agriculture. Why don't they go to industries? It is because they are not enough industries for them. That's the linkage," he said.

Some aspects of climate change, he said, are due to greed, especially in the North, where people are using bad methods of production and producing a lot of carbon dioxide but some of the problems are due to acute need for land for agriculture.

President Museveni also discouraged the idea that Africa should be separated from the Caribbean.

"I don't know where that idea came from. I don't think it's a good one. Why do we seperate ourselves from the African diaspora? The Caribbean, the US, Brazil these are part of the African Diaspora," he said.

Earlier in the day, President Uhuru Kenyatta of Kenya was appointed chair of the ACP Group for a three-year tenure while Ambassador Georges Chikoti of Angola becomes the new secretary general