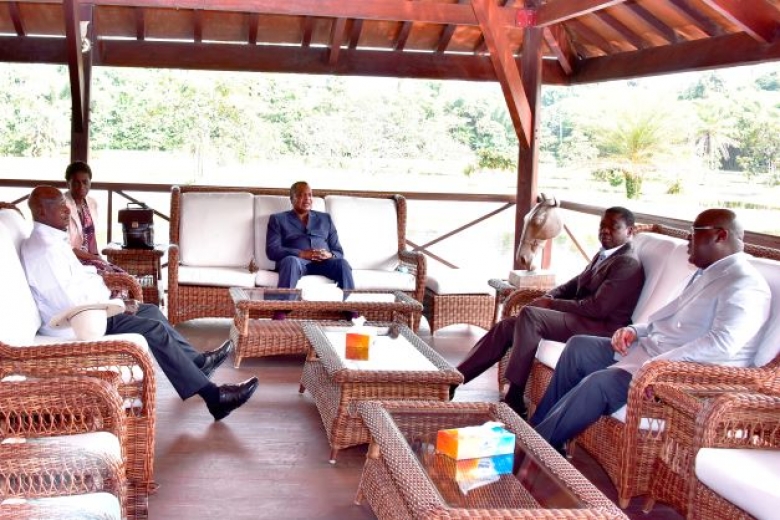 According to a final communiqué of the Oyo Mini-Summit on Peace and Security in Africa, the four Heads of State were essentially focused on the evolution of the political and security situation in the Great Lakes Region, Central Africa and Western Africa.

The Heads of State also referred to joint operations carried out by Uganda and the DRCs armies in the Eastern part of the latter, in order to eradicate rebels Allied Democratic Forces (ADF), Muslum Tabliq Movement (MTM) and the other negative forces which are threatening peace and stability in both countries.

“The four heads of State are delighted by the success already realized by the Ugandan and Congolese armed Forces. While congratulating, one more time, the salutary initiative taken by their Peers from Uganda and the Democratic Republic of Congo, the President of the Togolese Republic and the President of the Republic of Congo reiterated their full support to the military joint operations engaged by the two countries,” the communiqué said.

The Heads of State saluted and encouraged the joint approach taken by the Uganda and Rwandese governments for the effective opening of their common boundaries.

On the situation in the Central African Republic, the four Heads of State saluted Angola, assuring the Presidency of the International Conference on the Great Lakes Region and mediation efforts of H.E Joao Manuel Goncalves Lourenco.

They also talked with interest about holding of the 10th summit of the Heads of State and government of the Framework Agreement for peace, security and cooperation for the Republic of Congo and the region scheduled on February 24th in Kinshasa.

The four heads of State reiterated their total support to the Economic Community of West Africa (ECOWAS) in the framework of measures taken towards Mali, Guinea and Burkina Faso.