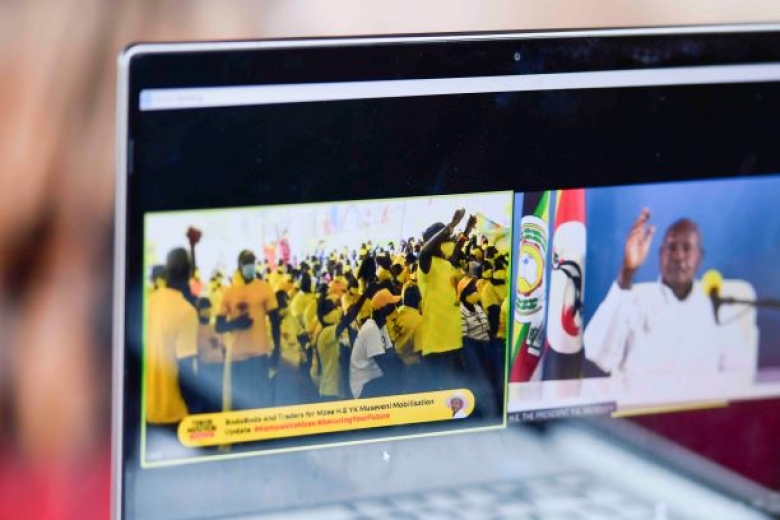 A group of city traders and boda boda riders could not hide their excitement today as they interfaced with President Museveni over the video-conferencing facility--Zoom.

With physical campaign meetings banned in some districts and the ever-lurking threat of Covid-19, President Museveni has taken to using technology to get to his supporters.

Today was one such day as the President, who was at Nakasero State Lodge, engaged with the visibly excited group stationed at Mengo Secondary School.

In his remarks, the President said the NRM party respects people from all walks of life and strives to improve their material well-being.

The NRM party, said President Museveni, by choosing to focus on people's interests and not identity, has united Ugandans and resurrected what was once a dead economy.

The President added that stability guaranteed by the UPDF has created a conducive environment, which has attracted local and foreign investors.

The expanded economy has enabled increased revenue collection and investment in key social services like roads, electricity, education and health among others.

“We now have the money but distribution has remained a big challenge," said the President. "Now that you have come out to join me, I appeal to you to assist me in the proper distribution and that challenge will be history."

Mr. Museveni said the government will save money by proper prioritization, with reduction in activities like foreign travel and moderated increments of civil servants salaries.

“Let us stop all the unnecessary expenditures and focus on security, roads, electricity, health, education plus adding money in the Youth Fund, Women Fund, Emyooga, Operation Wealth Creation among other funds," he said.

The President said the Government’s focus now is on sensitising the population to work for not just subsistence but commercial gains.

“Since you have joined me, we shall move together," he said.

The representative of Uganda Arcades Traders Association, Mr. Edward Ntale, said many of his members were supporting the President and thanked him for offering them land to establish small-scale industries.

“We have a plan to start small-scale industries on that land so that we stop importing products from China,” said Mr Ntale.

The leader of the Boda Boda riders, Mr. Charles Ndugwa, said they would comb Kampala and Wakiso for votes for the President.