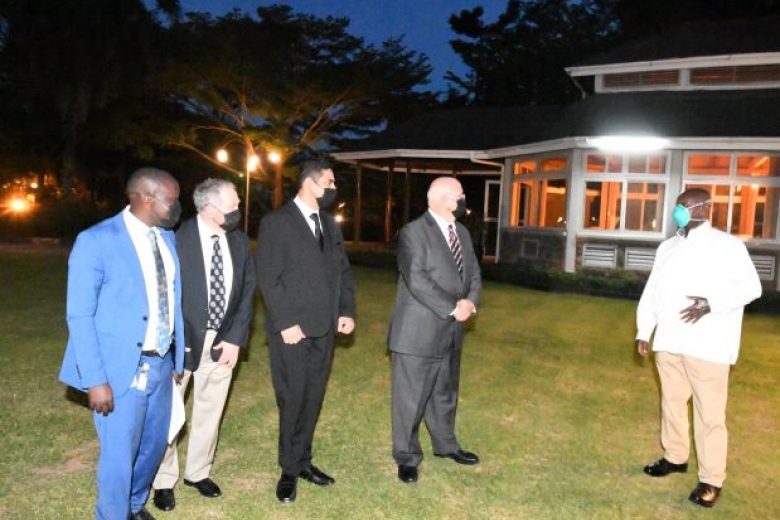 President Yoweri Museveni welcomes a planned initiative by a local company to establish a medical diagnostics and pharmaceutical products plant.
Microhaem Scientifics is partnering with Desert Laboratories Inc from the USA for purposes of putting in place a plant aimed at manufacturing medical laboratory molecular tests for Covid-19, HIV, and tuberculosis among others.

While meeting a delegation from the company which trades as Microhaem Scientifics (MHS) and their business partners, the President assured the group that he was prepared to support initiatives aimed at producing diagnostic tools and human drugs locally in the country.

He said that such facilities would also benefit regional and continental demand for human medicines.

Microhaem Scientifics is partnering with Desert Laboratories Inc from the USA for purposes of putting in place a plant aimed at manufacturing medical laboratory molecular tests for Covid-19, HIV, and tuberculosis among others.

The President observed that the government spends large sums of money on purchasing human medicines and diagnostic tools from abroad. He further noted that by reviewing annual imports in the country, the importation of drugs is very huge and continues to expand.

Mr. Museveni suggested to the investors in the planned partnership that if they chose to make drugs in the country they would be supported by available indigenous raw materials to harness the manufacturing process. He cited the presence of the cinchona tree which was originally found in Southern America and is used in the manufacture of the antimalarial drug quinine.

The Head of delegation and MHS Chief Executive Officer Mr Cedric Akwesigye who led the discussion emphasized that the Microhaem Scientifics Supplies Ltd (MHS) venture, a Ugandan owned company founded in 2012, is a huge investment aimed at solving the problem of lack of technical support on medical equipment and quality of medical supplies in the country.